How to get rid of belly fat: Woman reveals the diet plan she followed to lose seven stone – Express 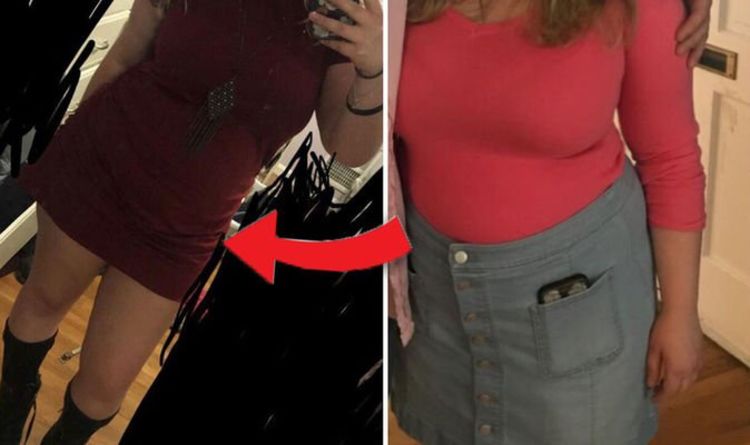 Sharing her before and after transformation images to Reddit, the woman was ecstatic to reveal she had lost 100 lbs (seven stone and one pound). The poster, known as “guacsteady” lost the weight over a period of 33 months after “several ups and downs”. She revealed the majority of the weight – three stone four pounds – has been lost in the past seven months alone. There was one particular diet the poster used to help her shed the weight – the keto diet.

Responding to questions about her diet on Reddit, “guacsteady” wrote: “I’ve only been doing keto since July, so only any the last 25 lbs lost were on keto.

“Before that, I was doing low carb since March. In my 2.5 year journey so far, I’ve tried maybe 5 different things and fallen off the wagon for a while as well.

“Keto has been the easiest for me to stick with even though my food options are more restricted than some other plans.

“My body feels so much better eating this way. I’m less tired, have more motivation for things, my performance at work has improved, I’m happier, and above all, I’m less controlled by food.

“I no longer have cravings for sweets, which was a huge issue for me. I can bake, which I love to do, without any desire to eat what I’ve made.

“It’s really amazing to look back on how sluggish and unhappy I used to and see how far I’ve come in just the last few months.”

Giving a more detailed breakdown of what she ate, the poster wrote: “I eat eggs for breakfast almost every day, usually sunny side up which has always been my favorite.

“Lunch is often leftovers from dinner the night before or my current obsession which is some Monterey Jack cheese and pepperoni slices.

“Dinner is frequently some protein with veggies. We might have chicken or steak, sometimes pork, with broccoli or green beans or brussels sprouts.

“Sometimes I’ll do salad with the same proteins or we’ll make a turkey taco meat.

“I don’t eat onions or tomatoes or a lot of salad things, so I’ll usually add an avocado to my meat and use salt instead of dressing since I never much liked dressing anyway. I have found that white cheese dip makes an AMAZING dressing substitute!”

Discussing how she tackles socialising, she said: “When I eat out, I’ll look for a salmon option or get a salad. I like most of the stuff in your basic Cobb salad — bacon, eggs, chicken, sometimes the cheese — without dressing.

“If I don’t feel like any of that, I’ll do a burger with no bun, which for me is a meat patty with cheese and sometimes bacon, plus whatever vegetable they have that seems ok.

“I do like to make keto pancakes on the weekends sometimes (eggs, cream cheese, and almond flour with a dash of vanilla but I skip the added sweetener) but I make them as muffins because the pancakes are always so thin and hard to flip!”