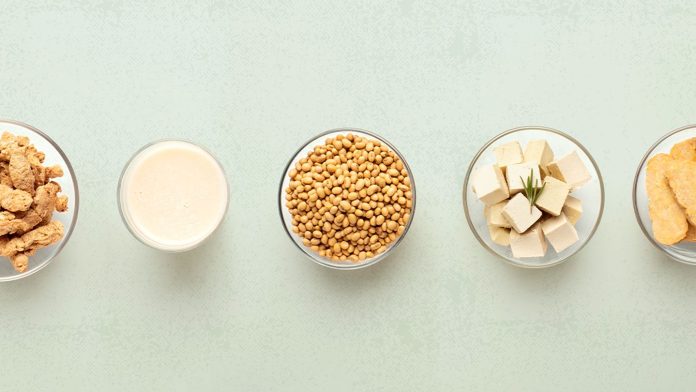 Ask a dozen people how they feel about soy and you’ll likely get a dozen different answers. Soy and its by-products (such as tofu, tempeh, and soy milk) are among the most polarizing foods around. From the hallowed halls of academia to the chatter of internet discussion boards, debate has raged for years about their health effects.

Part of the trouble in setting the record straight on this humble bean has to do with the unique challenges of researching it. Certain variables in soy studies can dramatically affect their results, according to the Harvard T.H. Chan School of Public Health. Soy’s plant estrogens, which are known as isoflavones, and soy proteins may function differently, depending on the state of people’s hormones, the type of food consumed, and whether the studies are conducted on animals or humans.

Even so, a solid body of evidence shows that soy foods are not only unlikely to cause harm, they’re actually good for you. The American Cancer Society says soy foods are healthy and safe, while the American Heart Association recommends them for their potential to lower heart disease risk. Research has linked soy with reduced cholesterol, and an article from the July 2020 Journal of Geriatric Cardiology associated it with healthier blood pressure levels. A diet that includes soy may even help you maintain a healthy weight, research suggests. Plus, many soy foods are loaded with protein, calcium, magnesium, and other important nutrients.

Are you wondering whether you should dive into a bowl of edamame or stay far, far away? Read on for seven soy myths you can stop believing.

Soy has gotten roped into the conversation about baby making because of its high concentration of plant-based estrogens, known as phytoestrogens. An article published in the Journal of Nutrition cites research that suggests very high levels of soy in the diet could disrupt female ovarian function. (Very high levels were defined as over 100 milligrams [mg] of soy isoflavones per day. For reference, a 3-ounce [oz] serving of tofu contains 20 mg of isoflavones.) Findings like these have led some prospective parents to avoid it at all costs.

But one study is far from definitive proof. In recent years, other research has shed light on the interplay between fertility and soy foods. A review published in March 2022 in the Journal of Nutritional Science, for example, found that soy could actually have a favorable effect on pregnancy. In the studies reviewed, beneficial soy intake ranged from 6 to 40 grams per day. “There is no evidence that routine dietary intake (vegetarian or nonvegetarian) of soy disrupts the balance of female reproductive hormones or that it increases the risk of infertility,” says the reproductive endocrinologist Aaron Styer, MD, the medical director at CCRM Fertility in Boston. “Diet-based soy intake is safe and does not pose any concerning health risks.”

2. Soy Is Not a High-Quality Protein

With a meat-and-potatoes heritage, many Americans distrust plant-based proteins. Some people fear that soy isn’t a “high-quality” protein — the kind that contains all nine essential amino acids (EAAs) the body needs to get from foods. These amino acids are critical for creating proteins, repairing tissue, and absorbing and transporting nutrients.

Granted, a slab of tempeh doesn’t have the exact same nutrient profile as a ground beef patty, but in terms of protein, soy is as high-quality as they come. “Soy is absolutely considered a high-quality protein,” says Sarah Pflugradt, RDN, CSCS, a performance nutritionist in private practice in Alexandria, Virginia. “It’s one of the few plant proteins that contains all nine EAAs.”

It might be the most famous soy myth of all: Overdo it on soy and you’ll put yourself at risk of breast cancer. “There has been some concern that soy could contain compounds that have similar properties to estrogen, which can stimulate the growth of the cells that make the estrogen receptor, and this could increase the risk of developing breast cancer,” explains Debasish Tripathy, MD, an oncologist and the chair of breast medical oncology at the University of Texas MD Anderson Cancer Center in Houston.

But there’s good news for those who enjoy soy. “Epidemiological studies that have followed women over time and examined the amount of soy they consume have not shown an increased breast cancer risk. In fact, some studies have fewer breast cancers in those consuming more soy,” Dr. Tripathy says.

One example: A study published in June 2020 in the European Journal of Epidemiology that tracked more than 300,000 women found that for every extra 10 g of soy participants ate per day, researchers observed a 3 percent reduction in their breast cancer risk.

Dementia is a complex group of conditions that scientists are only beginning to unpack — so the research around soy’s potential impact is still fairly new. Some studies, such as one published in 2014 in Medical Hypotheses, have suggested that soy (especially the industrially produced variety) could increase the risk of cognitive decline, while others, like a paper published in October 2020 in Translational Research & Clinical Interventions, have noted that eating more soy may actually protect against dementia.

One thing’s for sure, though: There’s no proven link between soy foods and a higher risk of mental decline. “With the research indicating the antioxidant properties in soy, I would say there is a much better chance that soy could have positive effects on cognitive function,” says Pflugradt. “But in looking at the current research, there is no conclusive data to suggest one or the other.”

Ever heard the derogatory term “soy boy”? Because of soy’s plant-based estrogens, some people have gotten the impression that too much tofu could upset the balance of men’s hormones, causing men to grow breasts, lose muscle tone, or experience erectile dysfunction. Fortunately, that’s not the case.

A review that examined nine clinical studies found that soy consumption did not affect testosterone levels or semen production in men. And a review published in Reproductive Toxicology in March 2021 looked at 38 studies on soy and male hormones and concluded that, even at consumption levels exceeding a typical Japanese diet, soy and its isoflavones didn’t affect men’s levels of total testosterone, free testosterone, estradiol, or estrone. The take-home message: There’s no compelling evidence that soy changes masculine appearance or physical prowess.

6. Soy Is Dangerous for Babies

Soy formula has set off alarm bells because of concerns that its isoflavones could affect infant development. For example, one study in a 2019 issue of Human Reproduction suggested those isoflavones may cause problems later in life, like menstrual pain, while a longitudinal study in the May 2018 Journal of Clinical Endocrinology and Metabolism noted they may lead to cellular changes in reproductive organs.

The truth is, there’s no need for alarm when it comes to feeding soy to little ones. “The research is inconclusive on the long-term effects of soy formula on children, if any,” says Pflugradt. According to a review published in November 2018 in Frontiers in Nutrition, soy formula isn’t associated with developmental abnormalities.

Indeed, in 2009, when an expert panel of the National Toxicology Program met to examine soy formula’s safety, they concluded that adverse developmental effects on babies were of minimal concern. This conclusion was based on a lack of sufficient quality studies on humans and a lack of clarity in animal studies.

The American Academy of Pediatrics recommends that babies receive soy formula if they have hereditary disorders like galactosemia or hereditary lactase deficiency (which affect babies’ ability to digest cow’s milk), or if parents wish to feed their infant a nonanimal-based formula.

“Parents who need to use it can rest assured that their baby is getting the nutrition it needs,” says Pflugradt. “Soy milk formulas are fortified with nutrients to make them comparable to cow’s milk formula.”

If you’re hip to nutrition trends, you may have heard buzz about so-called “antinutrients.” These substances in foods (including soy) are said to inhibit your ability to absorb certain vitamins and minerals. Pflugradt says soy contains phytates, oxalate, and lectins, substances that have the potential to decrease the absorption of iron, calcium, and zinc.

That said, antinutrients in soy probably aren’t cause for major concern. The degree to which they prevent nutrient absorption still isn’t clear, according to research published in Nutrients in October 2020. And unless you eat soy around the clock, it’s unlikely to cause your nutrient levels to take a nosedive. “Soy intake in the United States is much less than in some other countries around the world, so the chances of developing a nutrient deficiency from eating soy is pretty low,” Pflugradt says. The same research also suggests that high temperatures reduce the amount of oxalates or lectins in foods — so you can always try cooking them to offset potential harm.

In the end, concerns about nutrient absorption pale in comparison to all the positives soy foods have to offer. “There are so many other benefits from eating soy that I believe they outweigh any decreased absorption we might see,” Pflugradt says.

Pregnancy tips: Benefits of birthing classes and why they can ease...

Here’s how to manage chest pain after Covid-19 recovery

How to manage chronic migraine: Understand the triggers