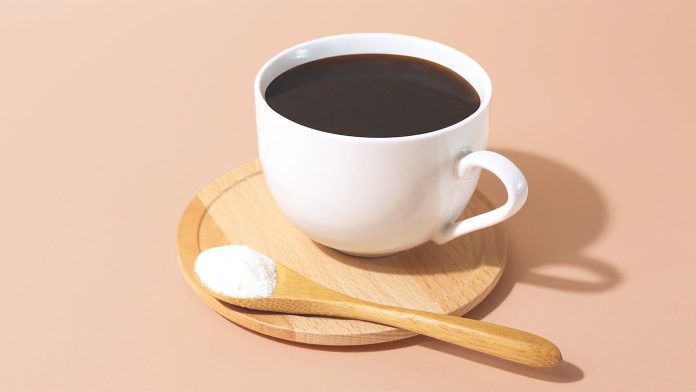 An alternative to pre-flavored coffee, added spices like cinnamon and chicory root can infuse a distinctive taste and appealing aroma to your cup of joe while providing a bonus health benefit, notes Jackie Newgent, RDN, CDN, plant-forward culinary nutritionist and 2021 Forbes Health advisory board member. “You can add ground spices to your coffee before or after brewing,” says Newgent. When adding spices afterwards, let your freshly-brewed coffee steep for five minutes to allow the spice flavors to become well infused. Alternatively, you might find it works best to whisk spices into milk or plant-based milk before adding them to brewed coffee.

Cinnamon, considered a “sweet spice,” is a great substitute for sugar, as it will sweeten up your drink without the added calories. “Along with its potential cardiometabolic and weight management benefits, a cool tidbit about cinnamon is that it may play a minor yet helpful role as part of a science-based treatment protocol for COVID-19, though more research is needed to confirm these benefits,” she adds.

Chicory root, a staple of New Orleans–style coffee, comes in ground form similar to coffee, so they can be brewed together. Newgent says it is a great option for those who aren’t crazy about coffee’s natural bitterness, “and if you use enough of it, your usual cup of caffeinated coffee will have less caffeine since it’ll have less total coffee in that cup,” she says. “Plus, chicory root has digestion promoting properties thanks in part to its inulin content.”

PCOS awareness: Know how it is linked to diabetes and secondary...

Fertility meditation: Can meditation help with getting pregnant?