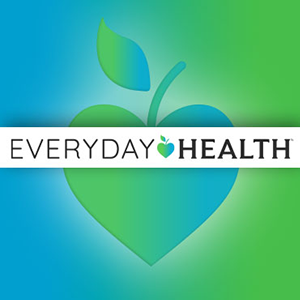 Unlike fad diets, including the ketogenic diet, which help people drop weight fast but are not sustainable long term, WW helps people lose weight and maintain it.

A study published in May 2017 in the journal The Lancet found obese adults who followed WW for one year lost more weight than those who stuck with the program for 12 weeks, or those who used self-help materials. (16) In the study, the 52-week group lost just under 15 pounds on average over the course of the year, which shows the plan won’t result in drastic weight loss overnight.

The researchers also checked in with study participants one year later, and found that while all groups had regained some weight, the 52-week WW group was able to maintain their weight and fat loss the best. (16)

“WW might be slower because it’s based on realistic living and portion control,” Schmidt says. “It may not give an obese person initial gratification because it’s not as restrictive, but chances are you can stay on it and live with it much longer [than other diet plans].”

There are so many diet plans out there, it can be difficult to know which will be successful and, more importantly, sustainable for you. Low-carb diets have proven to be effective for short-term weight loss, but are very difficult to maintain long-term. While there’s no one-size-fits-all diet out there, the ones that are most successful in the long run focus on overall lifestyle changes — like eating a healthful diet, engaging in physical activity, and getting enough sleep — implemented slowly and steadily over time, according to a study published in September 2018 in the journal Healthcare. (17)

The Takeaway: Will the WW Diet Help You Lose Weight?

WW has a track record of successfully helping people lose weight, mainly because it’s easy to follow, flexible, doesn’t make any foods off limits, and offers a support system to keep participants on course. Still, you shouldn’t expect to see dramatic changes on the scale immediately. But if you follow the system (and don’t abuse it by eating dessert instead of a well-balanced meal), you likely will see pounds come off and your health improve as well.

The biggest takeaway is that the program teaches healthy eating that you can realistically stick with long term.

“I tell every single person looking to lose weight that whatever you do to lose weight, make sure it’s reasonable so it’s sustainable,” Weinandy says.

Diabetes can affect your eyes: Here’s how to prevent the damage

Diabetes and digestion: Can diabetes lead to gut issues?