Why mandatory vaccination is not opposed to libertarian principles – Washington Examiner 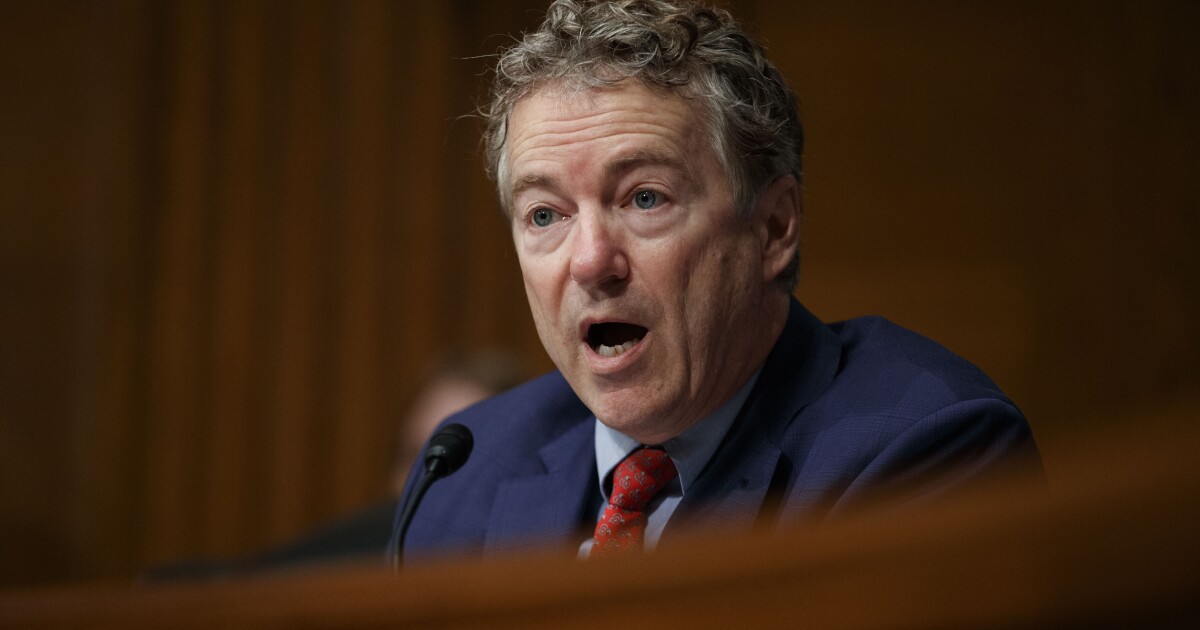 It was a nice 24 hours, and quite frankly, I hope the senator takes a monumental step back and realizes the fallacy he presented to the public.

“As we contemplate forcing parents to choose this or that vaccine, I think it’s important to remember that force is not consistent with the American story, nor is force consistent with the liberty our forefathers sought when they came to America,” said Paul, who himself is a physician. “For myself and my children I believe that the benefits of vaccines greatly outweigh the risks, but I still don’t favor giving up on liberty for a false sense of security.”

But “force” is not a mandate that children who enter public school get vaccinated. “Force” is the exposure of the public, without their consent, to life-threatening diseases that modern medicine figured out how to eradicate half a century ago.

The basic principle of libertarianism, which Paul claims to champion, is the non-aggression principle, simplified into the notion that you can wave your hand in the air so long as you don’t slap anyone in the face. It’s the reason libertarians frequently favor legalizing most individual freedoms, such as drug legalization, and activities between consenting adults, such as prostitution. However, libertarianism absolutely does not condone involuntary association, which is exactly what sending your unvaccinated child out in public constitutes.

As Paul surely knows, the efficacy of vaccination relies on the concept of herd immunity. Some children with cancer or otherwise compromised immune systems cannot be vaccinated, and vaccines don’t quite provide 100 percent protection from disease in all cases, although the number is fairly close. This underscores the need for everyone who can get vaccinated to do so. For as long as a sufficiently large share of the population is vaccinated, the disease cannot spread to those who cannot be vaccinated. Thus, the entire population remains protected.

In short, any deliberately unvaccinated child needlessly puts other children — especially those who cannot be vaccinated for medical purposes — at risk of disease or even death.

It’s common courtesy to stay at home if you have a cold or the flu. But going into public spaces with diseases covered by childhood vaccines isn’t just rude; it’s tantamount to biological warfare.

Diseases covered by most childhood vaccines are some of the most contagious known to man. On average, a single carrier of measles infects more than a dozen other people in an unimmunized population. Anti-vaxxers have caused a 30 percent increase in perfectly preventable diseases across the the world, exposing people to deadly illnesses without their consent.

Twenty-four states have laws penalizing people for failing to disclose if they’re HIV-positive to their sexual partners. And even as conservatives rightly balked when California downgraded knowingly risking HIV transmission without a partner’s consent from a felony to a misdemeanor, defendants in civil cases for unconsensual HIV exposure have historically relied on assumption-of-risk arguments. It’s a morally dubious argument at best, but at least consenting to sex does entail a certain level of calculated decision-making.

In contrast, absent vaccination requirements, every moment spent in a public space entails an assumption of needless, plentiful, and life-threatening risk.

The first disease that vaccines fully eradicated was smallpox, another airborne disease with a 30 percent fatality rate. The World Health Organization announced in 2016 that the Americas were the first region to eradicate measles, but war-torn and developing nations such as Afghanistan still face high fatality rates from the disease. Given the recent measles outbreaks in Washington and Oregon, thanks to idiotic laws allowing parents to refuse young children vaccines for non-medical reasons, it’s entirely possible that if the anti-vaccine conspiracy theory spread across enough of the country, the United States could return to the same measles fatality rates as the developing world.

Non-medical exemptions from vaccinations are a clear and concerning violation of the non-aggression principle. Parents sending their students to public schools must not be forced to unknowingly send them to their deaths. It is beneath Paul’s office and his duty as a physician to frame this as a dichotomy between liberty and security instead of what it is: a right to avoid involuntary association with fatal diseases that are totally preventable.