Weight loss: One woman used this simple diet plan to shed 7st – what did she eat? – Express 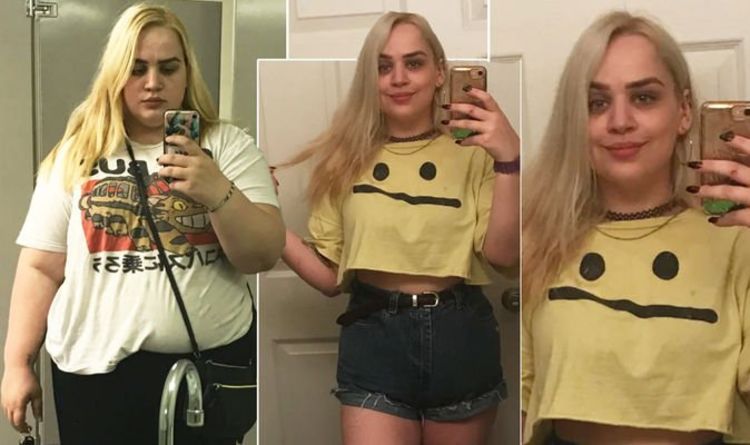 Eating less and moving more is a great way to lose weight, but some people can find this difficult to stick to.  If looking for more direction, following a specific diet and fitness routine can help slimmers stay focused.  One woman used Reddit to share pictures of her own transformation to encourage others to make the same change she did.  The Reddit user, “enemy_flower” lost 7st 3lb by following a calories-controlled diet.

What was her diet plan?

As well as posting a picture of her before and after losing weight, “enemy_flower” said she is 21-years-old and 5ft 4in.

Starting at a huge 18st 8lb, the slimmer transformed her diet and reached a much trimmer 11st 5lb.

“enemy_flower” revealed she used the “CICO” approach, which meant she strictly tracked how many calories she ate each day.

When doing this, she focused on eating foods low in carbs and cutting back on sugar and also started exercising.

“I didn’t start going to the gym regularly until a few months ago, but I really love it now and I go at least a couple times a week.”

What did she eat?

In the comment section, Reddit users were quick to praise “enemy_flowers” on her transformation and she gave them some more tips.

“This whole process has taken me a little under two years, but I’ve been strict on CICO – and lost the majority of the weight – over the past year,” the Reddit user revealed.

“It’s hard to call any day for me ‘an average day’, because I try to give myself a lot of variety, but I’ll always try to eat several small meals throughout!”

The Reddit user gave an example of the types of foods she ate on her diet plan.

She said: “An example: a couple of eggs and some bacon in the morning, chicken sausage with brown mustard for lunch, some grilled chicken or white bean chilli for dinner with frozen vegetables and almond milk lattes for the mornings.”

As well as being strict with how many calories she eats, “enemy_flower” explained she will still treat herself occasionally.

She said: “I also allow myself to go out with friends and enjoy a few drinks, or a meal, if I so desire. I think restriction is the root of crash dieting!”

If hoping to follow a low-carb diet, pairing this with protein can help slimmers lose up to 10lb in the first week.

Combining this with regular exercise such as weight training can help speed the process up.

Another woman used the CICO diet to lose 2st 7lb and shared what she did on Reddit.