Philadelphia airport visitors may have been exposed to measles, officials warn – Fox News

Travelers who passed through Philadelphia International Airport earlier this month may have been exposed to measles, health officials announced on Friday.

People who traveled through the air hub on Oct. 2 and 3 may have been exposed to the infectious disease, Secretary of Health Dr. Rachel Levine and Philadelphia Department of Public Health Commissioner Dr. Thomas Farley said.

“An individual with a suspected case of measles was present in the Philadelphia International Airport on two days and may have exposed many individuals,” Levine explained in a news release. “The Department of Health is working with the county and municipal health departments to notify Pennsylvanians who were on flights with the suspected case, but other individuals may have been exposed at the airport during the identified times.”

“However, if you have been properly immunized against measles, your risk of getting the disease is minimal,” Levine continued. “If you believe you might have been exposed and experience symptoms, please contact your health-care provider or call our toll-free hotline at 1-877-PA-HEALTH.”

The Department of Health also shared news of the public health alert to Twitter. 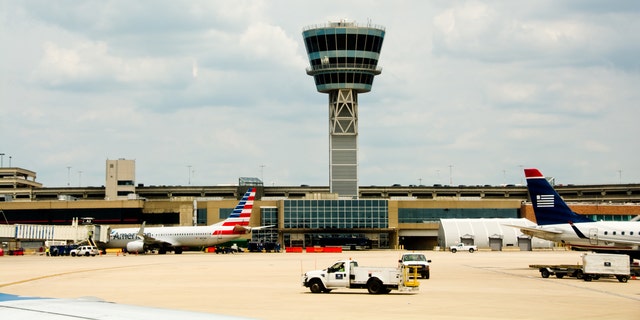 An image of Philadelphia International Airport in PA. To date this year, 15 cases of measles have been confirmed in the Keystone State. Over 1,200 cases have been reported in the U.S. in 2019 – the greatest number of measles cases reported in America since 1992.
(iStock)

MEASLES CASES IN US HIGHEST SINCE 1992, CDC SAYS

Measles is a highly contagious viral infection that is spread in the air when an infected person coughs or sneezes. However, people can also contract measles if they come in contact with saliva or mucus from an infected person.

Though symptoms sometimes do not appear for weeks, typical signs of measles include a high fever, rash, cough, and red, watery eyes.

Common complications include ear infections and diarrhea, but more severe complications — such as pneumonia, encephalitis (swelling of the brain) — can also occur, according to the Centers for Disease Control and Prevention (CDC).

The highly contagious disease is preventable with a vaccine.