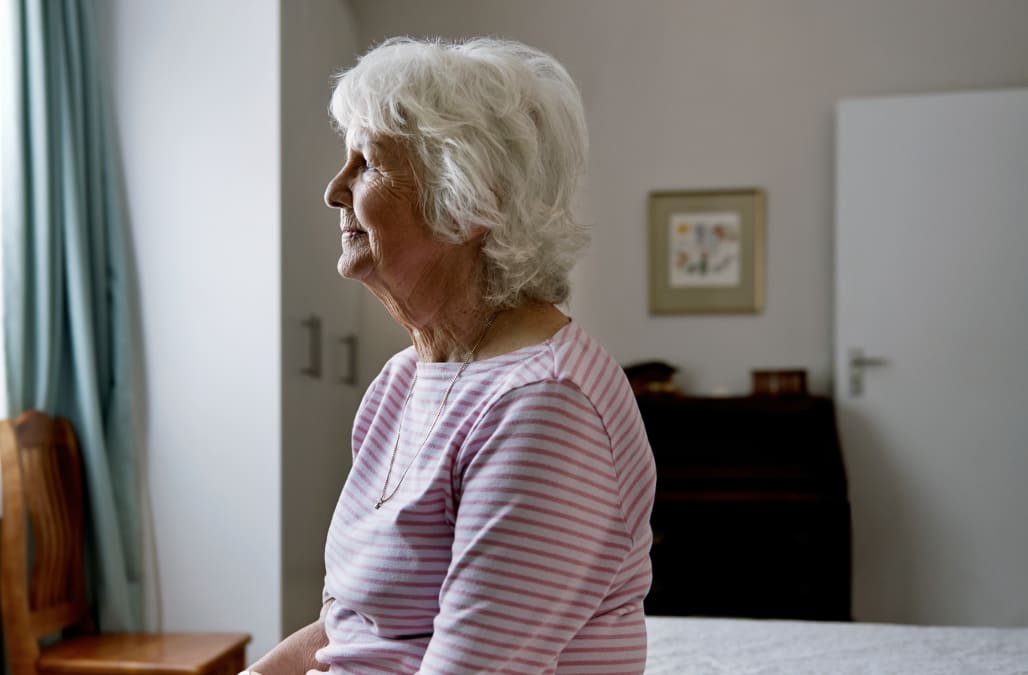 A new study found that older adults prescribed antidepressants, bladder antimuscarinics, antipsychotics and antiepileptic drugs are at a higher risk of being diagnosed with dementia.

According to this new research, an adult who took an anticholinergic medication daily for at least three years had a 50% higher chance of being diagnosed with dementia.

“The study is important because it strengthens a growing body of evidence showing that strong anticholinergic drugs have long term associations with dementia risk,” Carol Coupland, professor of medical statistics in primary care at the University of Nottingham who co-wrote the study, said.

“It also highlights which types of anticholinergic drugs have the strongest associations. This is important information for physicians to know when considering whether to prescribe these drugs,” she said, adding “this is an observational study so no firm conclusions can be drawn about whether these anticholinergic drugs cause dementia.”

While not getting enough sleep may cause memory problems, taking prescription and over-the-counter sleep aids may cause symptoms that mimic dementia. “There are some medications that can cause confusion and make dementia worse,” says Mollie Scott, PharmD, Regional Associate Dean at the University of North Carolina’s Eshelman School of Pharmacy. Common medications that do this are medicines with anticholinergic properties—many prescription and over-the-counter medications have these properties, including those that treat incontinence and COPD as well as some antihistamines, sleep medications, and antidepressants, says Scott. One common offender is diphenhydramine, which is found in Benadryl and over-the-counter sleep aids such as ZzzQuil and Unisom. “Older adults often use these without realizing that they can negatively affect memory, cause constipation, and cause urinary retention,” says Scott. “I recently saw a woman in her 70s who was very worried about her memory, but it turns out she couldn’t sleep and was taking 50 mg of diphenhydramine at bedtime. Once she discontinued the medication, her symptoms improved.” Learn how too much sleep can also increase your dementia risk.

The typical symptoms of a urinary tract infection (UTI)—fever, pain, and urgency—are often missed in older people and if left untreated can cause symptoms that mimic dementia such as delirium, confusion, agitation, and hallucinations. “In nursing homes and hospitals, UTIs are rampant and a lot of patients are thought to have a sudden onset of dementia,” says James. “If they are given an antibiotic, the symptoms will go away, but unless you are a nurse or medical professional, you will not necessarily know this, and if left untreated, you could have an infection.” Fever along with the other side effects people experience when their bodies are fighting off infections, such as Lyme disease, meningitis, and encephalitis, can also cause dementia-like symptoms.

A number of recent studies have shown a link between hearing loss and dementia, and some experts believe that interventions such as professionally fitted hearing aids could potentially delay or prevent dementia. One study found that hearing loss is associated with accelerated cognitive decline in older adults and that seniors with hearing loss are more likely to develop dementia over time than those who retain their hearing, while another study revealed a link between hearing loss and accelerated brain tissue loss. “You ‘hear’ with your brain, not your ears,” says Carole Rogin, President of the Hearing Industries Association (HIA). Unaddressed hearing loss not only affects the listener’s ability to perceive the sound accurately, but it also affects higher-level cognitive function, explains Rogin. Specifically, it interferes with the listener’s ability to accurately process the auditory information and make sense of it. “The latest research tells us that even with mild hearing loss, there may be a cognitive brain drain that could be taking resources away from remembering what you heard,” says Rogin. Here are some more habits that cut your risk of dementia.

Water on the brain

Normal-pressure hydrocephalus (NPH), the accumulation of cerebrospinal fluid (CSF) that causes the ventricles in the brain to become enlarged, can cause walking problems, urinary difficulty, and memory loss. According to the Hydrocephalus Association, more than 700,000 Americans have NPH, but less than 20 percent receive an appropriate diagnosis, leading them to be misdiagnosed with Alzheimer’s or Parkinson’s disease. “Referred to as water on the brain, the condition is a buildup of cerebral fluid that causes pressure, and that pressure is exerted on the brain tissue and causes problems,” says James. “If left untreated it can cause long-term dementia, but if doctors can use a shunt system and remove the fluid, the person’s symptoms can improve.”

People with depression sometimes get a condition called pseudodementia, a type of cognitive impairment that mimics dementia but is actually caused by mental health conditions (such as depression) rather than those of the central nervous system. “The brain is the last explored frontier and not everything is understood in the medical community about the link between dementia and depression,” says James. What is known is that studiesshow that the condition, which is typically seen in older adults, can be reversed if the depression is treated. “Depression can make the brain less efficient, and cause cognitive clouding and confusion, and difficulty with decision-making,” says Dylan Wint, MD, director of education in Neurodegenerative Disorders and director of fellowship in Cognitive Disorders for Cleveland Clinic Lou Ruvo Center for Brain Health. “There is also evidence that important memory structures in the brain can shrink during episodes of depression. It is unclear what causes this shrinkage, but the structures seem to recover once the episode of depression is resolved.”

“Stroke, head injury, concussion, anything that physically happens to the brain is a risk factor for dementia because it affects the physical structure of the brain tissue,” says James. Head injuries caused by sports or car accidents in younger adults and those caused by falls, especially in the elderly, can cause subdural hematomas (bleeding between the surface of the brain and the covering over the brain) and can cause dementia-like symptoms such as memory loss and confusion. While some traumas can lead to permanent brain damage, research shows that these symptoms can be reversed with medication or surgery. Learn the everyday habits of people with exceptional memory.

Most of us get sufficient amounts of vitamin B-12 from the foods we eat—dairy, eggs, meat, and fish—but some people have a vitamin B-12 deficiency caused by a rare condition, called pernicious anemia, that if left untreated can cause symptoms that mimic dementia. People with this condition are not able to absorb vitamin B-12 from the foods they eat and the deficiency can lead to confusion, irritability, and apathy. Luckily, regular B-12 injections can cure the deficiency and relieve the symptoms. Other deficiencies that can cause symptoms of dementia include dehydration, not getting enough of B-1 or B-6 vitamins, or getting too little or too much sodium or calcium. Researchhas also shown a link between insufficient amounts of vitamin D and dementia. “In the United States, these deficiencies are most commonly caused by having a diet that is poor in variation and/or quality, such as eating junk food all the time,” says Wint. “This can result from lack of knowledge, psychiatric disturbance, substance use, or other circumstances.” These are the symptoms of a vitamin B-12 deficiency you need to know.

Poor cardiovascular health such as arteriosclerosis (often called ‘hardening of the arteries’) or anything that is preventing good blood flow or too much blood flow to the brain (mini strokes) can put people at increased risk for memory impairment and dementia, says James. “If you have good cardiovascular health you are more likely to have good cognitive health.” Following a heart healthy diet such as the Mediterranean diet has been shown to slow cognitive decline and lower the risk of getting Alzheimer’s disease. In addition, another study shows that impaired lung function and chronic lung disease such as chronic obstructive pulmonary disorder (COPD), which can restrict oxygen levels to the brain, can cause an increased risk for memory loss and dementia. Early intervention and treatment of COPD, however, may help delay or even prevent the onset of dementia. Here’s why the Mediterranean diet is so good for aging brains.

According to the Centers for Disease Control, more than 29.1 million people in the United States have diabetes. Diabetes causes the body’s blood glucose (sugar) levels to rise higher than normal (also called hyperglycemia), and when these levels get too high or too low (hypoglycemia), studies have shown that people with the condition can experience memory loss and other dementia-like symptoms. In many cases, adjusting sugar levels can reverse the problem, but having diabetes can increase the risk of developing long-term memory problems and it has been linked to Alzheimer’s disease. “Alzheimer’s disease is often referred to as ‘Type III’ diabetes,” says James. This is the difference between dementia and Alzheimer’s.

While alcohol abuse destroys brain cells in areas critical for memory, decision-making, and balance, people who abuse alcohol may experience dementia-like symptoms because they are suffering from a vitamin deficiency. (Are you drinking too much? Here’s how to recognize the safest amount of alcohol to drink.) Thiamine (B-1) helps brain cells produce energy, but when levels fall too low, brain cells cannot generate enough energy to function properly—the result is called Korsakoff syndrome. “Thiamine is depleted in people who abuse alcohol, explains James, and thiamine deficiency leads to memory loss, confusion, and other cognitive challenges.” While giving up drinking won’t auto-correct the situation, says James, in some cases the effects can be reversed or avoided all together if one maintains a healthy lifestyle. “It is estimated that up to one-third of dementia risk can be avoided by regular physical exercise, maintaining an active mental life, preventing diabetes, avoiding smoking, eliminating high blood pressure, treating depression, and using alcohol minimally or moderately (1-2 drinks per day),” says Wint. These are the daily habits that increase your risk of dementia.

The researchers found no similar connection between other types of common prescriptions like antihistamines, muscle relaxers and various gastrointestinal drugs.

The researchers did not find an explicit, causal connection between the drug use and the disease, but said more research in de-prescribing could connect those dots.

In the meantime, Dr. Douglas Scharre, director of the division of cognitive neurology at the Ohio State University Wexner Medical Center in Columbus, who was not involved in the study, said patients should speak with their doctors about possibly changing to new medication.

Lasak’s the one: Vote Greg Lasak for Queens district attorney

Now, nix the attitude: The Knicks pay a much-deserved $50,000 fine for freezing out the Daily News