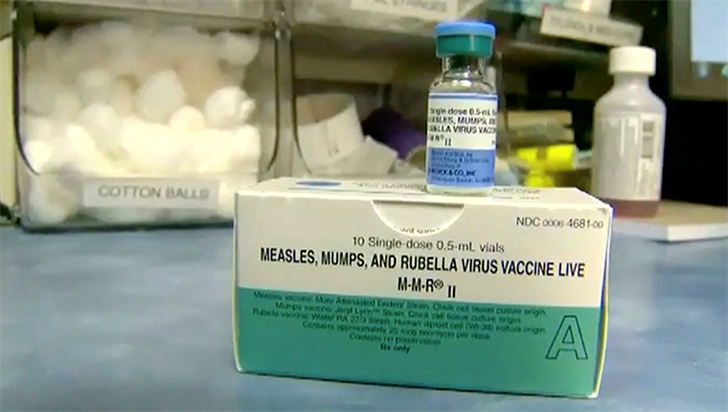 WSIL — Since the beginning of the year, more than 100 cases of Measles in 10 states, including Illinois.

The respiratory virus spreads easily through the air by someone who is affected.

This outbreak prompted doctors to warn about the importance of vaccinations because diseases like the Measles can mean life or death for people who can’t get the vaccine.

Destiny Simpson’s seven-year-old daughter is not allowed to get any live vaccinations.

"When she was three-years-old she was diagnosed after a week’s stay in St. Louis with juvenile arthritis," Simpson said.

Herrin first-grader, Deaven, is more at risk to catch the Measles virus because she can’t get the vaccine.

"I used to be that mom that if my kid wasn’t running a fever and had a sore throat or a tummy ache, I would send them to school because I wasn’t educated on that until we started going through this," Simpson said.

Simpson says that’s why it’s important for everyone who can, to get vaccinated so they don’t pass on the disease to those who may not be able to fight it off like her daughter.

"Their choices don’t only affect their child, their choices affect my child as well," Simpson said.

Earlier this month, the Center for Disease Control reported 2 of the 100 cases are college-aged people in Champaign-Urbana who were both unvaccinated.

Head Nurse of Herrin School District Shelly Ohms said each student in their district is required to have the MMR vaccine unless it’s approved by the state.

"There is a required form that the doctor has notified them of the risk but they still don’t want it based on religious reasons or if they have an allergy in it, that would give them a medical objective," Ohms said.

Concerned parents like Simpson just hope everyone is being as cautious as possible.

Most children receive their first dose of the vaccine at 12 months and a second at age four before they start school.

If you have questions or need the immunization, call your local health department and ask if they give the vaccine.