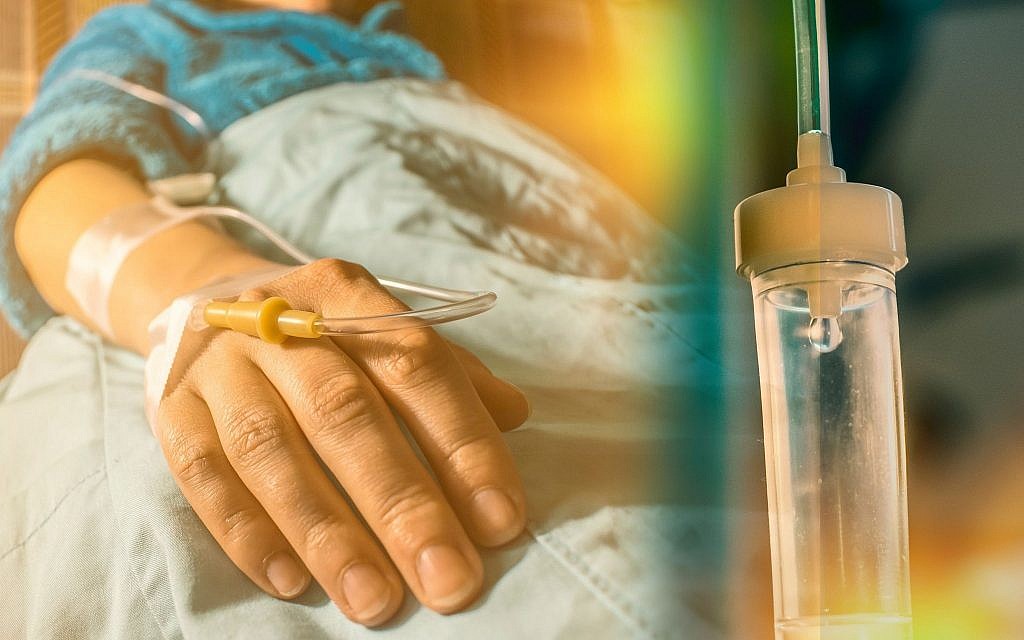 Researchers at Israel’s Sheba Medical Center at Tel Hashomer said Sunday that a targeted cancer therapy drug they developed together with pharma giants AstraZeneca and Merck & Co. Inc. offers “potential hope” for patients with a specific kind of pancreatic cancer, as it delays the progression of the disease.

Dr. Talia Golan, the head of the Sheba Medical Center Pancreatic Cancer Center, has been conducting research and clinical trials with AstraZeneca and MSD, as Merck is called outside the US, to evaluate the safety and test the efficacy of a new drug treatment regimen based on Lynparza, or olaprib, tablets.

The tablets are a pharmacological inhibitor of the enzyme poly (ADP-ribose) polymerase, or PARP. PARP inhibitors are a group of drugs that inhibit the enzyme. They were developed for a number of indications, but most importantly for the treatment of cancer, as several forms of cancer are more dependent for their development on the enzyme than regular cells are. This makes PARP an attractive target for cancer therapy.

Those who received the medication in the study on average went 7.4 months before their disease began to worsen, known as “progression free survival” rates, compared to 3.8 months in the group that took the placebo, the researchers said.

The results of the Phase III randomized, double-blind study with a placebo control group will be published in July in the New England Journal of Medicine, the partners said.

“The POLO trial using the medicine Lynparza offers potential hope for those who suffer from metastatic pancreatic cancer and have a BRCA mutation,” Golan said in the statement. “This treatment also exemplifies the advent of ‘precision medicine’ based on a specific genetic biomarker, BRCA 1 & 2.”

In the study, patients were randomly assigned to get the tablets, at a dose of 300 milligram twice daily, or a placebo.

However, though the drug was seen to slow the disease’s progression, an interim analysis showed “no difference” in overall survival between those who took the drug and the placebo group — a median of 18.9 months versus 18.1 months, the study said.

Pancreatic cancer is the 12th most common cancer worldwide, with 458,918 new cases in 2018 alone. It is the fourth leading cause of cancer death, and accounts for 7% of all cancer deaths, according to Cancer.Net. The five-year survival rate for people with pancreatic cancer is 9%. The cancer is often difficult to diagnose, as there are no specific cost-effective ways to screen for the illness, meaning that it is often found at later stages, when it has spread. For the 52% of people who are diagnosed after the cancer has spread, the 5-year survival rate is 3%, Cancer.Net says.

“When we saw the results were positive it was an exceptional, phenomenal moment,” said Golan in an interview. “For the field it is a huge thing.”

She added that this is the first Phase 3 biomarker study that is positive in pancreatic cancer and the drug “provides tremendous hope for patients” with the advanced stage of the cancer.  “This drug has shown efficacy and a tremendous really phenomenal response in this patient population,” she said.

BRCA1 and BRCA2 are human genes that produce proteins responsible for repairing damaged DNA and play an important role in maintaining the genetic stability of cells. When either of these genes is mutated, or altered, such that its protein product either is not made or does not function correctly, DNA damage may not be repaired properly, and cells become unstable. As a result, cells are more likely to develop additional genetic alterations that can lead to cancer. A significant number of Ashkenazi Jews (those of European origin) around the world are carriers of the BRCA 1 & 2 genes.