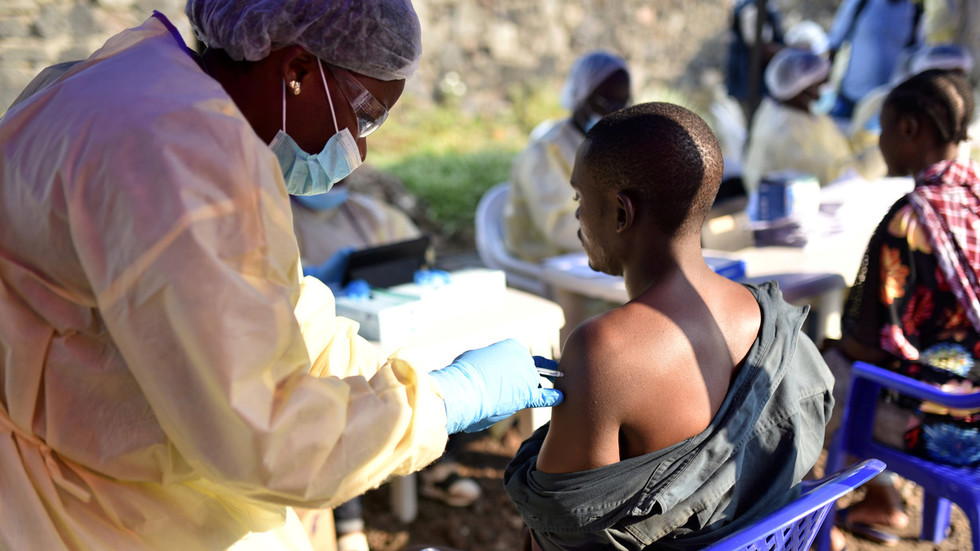 The second-deadliest outbreak of Ebola in history has been dubbed a global health emergency by the World Health Organization after a case was confirmed in a Congo border city of two million people with an international airport.

The WHO has finally declared the outbreak, which has killed 1,600 people since August, to be a Public Health Emergency of International Concern after confirming a single case in the city of Goma, in the northeast of the Democratic Republic of the Congo (DRC) – a city with a high-traffic international airport near border crossings with Rwanda. Additionally, a sick fish trader traveled to Uganda and back before dying of Ebola, raising the possibility that the disease has spread further in that country outside existing clusters.

Also on rt.com
‘Hundreds of millions of dollars’ needed to stave off Ebola outbreak in Congo, UN aid chief warns


While the risk of regional spread is high, it remains low outside the region, WHO chief Tedros Adhanom Ghebreyesus insisted, adding that the declaration should not be used to “stigmatize or penalize the very people who are most in need of our help.” While he denied it was made for financial reasons, he warned that the DRC needed funding or else “we will be paying for this outbreak for a long time to come.”

The agency also warned against closing borders over the decision or imposing trade and travel restrictions on the DRC, citing the “negative impact on the response and on the lives and livelihoods of people in the region.”

The declaration was welcomed by health experts concerned about a repeat of the 2014 Ebola epidemic, which saw the WHO dragging its feet proclaiming an international emergency until the virus was rampaging through three countries – partially out of fear of angering and doing economic damage to the countries involved. The WHO’s emergency committee on Ebola in the DRC has declined on three previous occasions to designate the current epidemic as a global emergency, a designation that has been made only four other times in history.

Also on rt.com
Ebola claims life of 5yo boy as devastating virus spreads into Uganda


The response to the epidemic has thus far been hampered by the location – which the WHO politely calls a “complex political environment” and Ghebreyesus more frankly called “a war zone” during Wednesday’s committee meeting. Ebola is new to the region, and its inhabitants are unfamiliar with the disease, a factor authorities blame for the suspicion and even hostility health workers have encountered.