Ilunga quit his position as health minister in July after he was stripped of his responsibility as head of Congo’s Ebola response team. He has denied any wrongdoing, said his lawyer, Guy Bayeka. 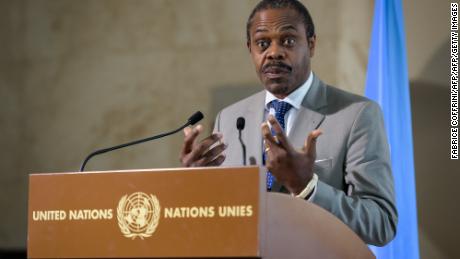 In a statement on Monday, his attorneys said $1.9 million of the money was spent after Ilunga resigned from office and he cannot be held responsible for its management.
“He reaffirms firmly his innocence in this case and promises to vigorously defend his honor,” his attorney’s said in the statement.
Bayeka denied claims that Ilunga was fleeing the country when he was taken into police custody on Saturday and called for his immediate release from detention.
CNN has reached out to the police in Congo for comment and is yet to get a response.
Ilunga resigned in protest after Congolese President Felix Tshisekedi removed him as the head of the country’s Ebola response team and assigned the leadership of the unit to a committee that will report directly to the president’s office.
<!–
The Democratic Republic of Congo is facing the second deadliest Ebola outbreak on record.
With more than 3,000 cases and 2,000 deaths recorded since the outbreak was declared last summer in Congo, the Ebola outbreak has reached another troubling milestone, according to the World Health Organization. 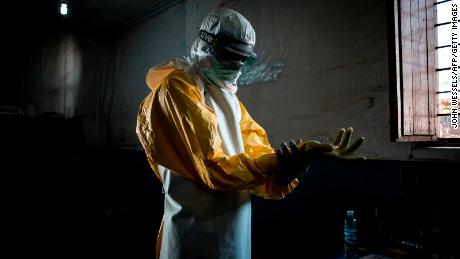 Though the vast majority of infections remain in the nation’s North Kivu province, the virus has spread to neighboring South Kivu province and the transit hub of Goma, on the border of Rwanda.
In July, the WHO declared the outbreak a “Public Health Emergency of International Concern” as responders continue to combat the spread of the disease.
The region’s political instability, sporadic violence, limited infrastructure and mistrust in vaccines are obstacles to address in ending the outbreak.