'Concerning': Vitamin Use in Men With Prostate Cancer Increasing – Medscape 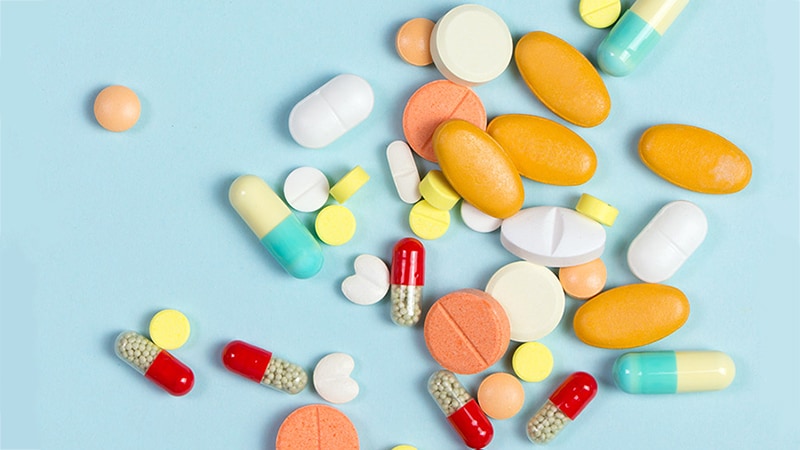 Just over half (56%) of men with prostate cancer in a large study reported using complementary and alternative medicine (CAM), and the study also found that use of these products has been increasing in recent years (1996–2016).

Multivitamins and omega-3 fatty acids were commonly ingested, and vitamin D use increased dramatically from 2006–2010 compared with 2011-2016.

The findings come from a study of nearly 8000 men with prostate cancer published in the October issue of the Journal of Urology.

“These results highlight the importance of understanding that it is really common for people to use complementary and alternative medicine,” first author Kyle Zuniga told Medscape Medical News.

“They also highlight the importance of understanding what people are using and why they are using it, and creating an environment that encourages an open and collaborative dialogue that can be reconciled with conventional medicine,” Zuniga added.

Zuniga is a fourth-year medical student at Columbia University Vagelos College of Physicians and Surgeons in New York City. Senior authors were June Chan, ScD, and Peter Carroll, MD, MPH, both from the University of California San Francisco

The findings are concerning, said an expert approached for comment, Stephen Freedland, MD, professor of urology and the director of the Center for Integrated Research in Cancer and Lifestyle at Cedars-Sinai Medical Center in Los Angeles, California.

“Most studies that have looked at multivitamins have shown no effect on lowering cancer risk, and some actually say they increase cancer risk,” Freedland told Medscape Medical News.

Zuniga and colleagues found that the use of selenium and vitamin E declined during the period of their study, perhaps mirroring the release of these results.

Yet, Zuniga and colleagues found that almost a quarter of participants (24%) took omega-3 fatty acids within 2 years of their diagnosis.

The American Institute for Cancer Research, one of the leading authorities on lifestyle factors to prevent cancer, does not recommend supplements, Freedland noted.

“Most of the time, studies have shown that lifestyle changes — such as modifying your diet to reduce red meat and increasing plant-based foods combined with exercise — show the most potential benefit for patients with prostate cancer,” commented Zuniga.

The problem is that lifestyle change is not always easy.

“I was not surprised, but I was a little disappointed, to see that only 25% of patients in this study actually changed their diet,” Freedland commented.

“People want to do what’s easy, like take a pill, and not the hard thing that may actually have benefits. There’s a lot of data that suggests obesity promotes more aggressive cancers. So I would think trying to lose weight would be more common,” he added.

While results from the study sound similar to what Freedland has seen in his clinic, he added that the study lacks detailed information on lifestyle changes, a potential limitation.

So what should healthcare providers do when a patient with prostate cancer asks about CAM?

Both Freedland and Zuniga suggest sifting through the evidence, knowing what types of CAM have relatively solid research support, and knowing which ones are neutral vs potentially harmful.

“I don’t try to talk people out of all their supplements,” he commented. “I accept the reality that they want to do this, and maybe it makes them feel better. I think there’s value in that, but I encourage them to try to limit the ones that at least we know are harmful.”

In particular, Freedland warned that multivitamins should not be used more than once a day, if at all. In addition, he cautioned about vitamin E, selenium and calcium, which have been linked to prostate cancer.

For this study, the authors analyzed data from CaPSURETM (Cancer of the Prostate Strategic Urologic Research Endeavor), a database that was started in 1995 and has information from over 15,000 patients with prostate cancer seen at 43 institutions across the US.

The analysis included 7696 patients with newly diagnosed prostate cancer who self-reported their use of almost 70 different types of CAM within 2 years of diagnosis. Participants were 90% white, 7% black, and 1% Latino.

Overall, 56% of participants reported using CAM at least once within 2 years of their diagnosis.

Other types of CAM that showed a large increase included acupuncture (259%) and prostate health combination products (67%). Large decreases were seen for selenium (-65%) and lycopene (-51%).

The study was supported by the National Center for Complementary and Integrative Health, the University of California San Francisco Department of Urology, the US Department of Defense, and the Steven and Christine Burd Safeway Distinguished Professorship.