Body modifications are becoming more popular with every passing day. Modifiers are concocting new ways to switch up the human form or new things to put inside it and it seems like there certainly is an appetite for it.

Well, you don’t have to tell that to Ethan Bramble, who calls himself the ‘world’s most modified youth’.

It only takes one look to see the 22-year-old bloke has certainly modified his body in a few ways. One of those includes the seemingly painful tattooing of his eyeballs as well as getting his tongue split.

He’s also got tons of tattoos all over his body.

Some of them are artistic and others are just complete shading of parts of his body. Nearly half his face is covered in black ink and his earlobes have been stretched pretty far.

He went on Studio 10 to reveal he’s recently put silicon spiders underneath his hands because why the hell not in 2019. 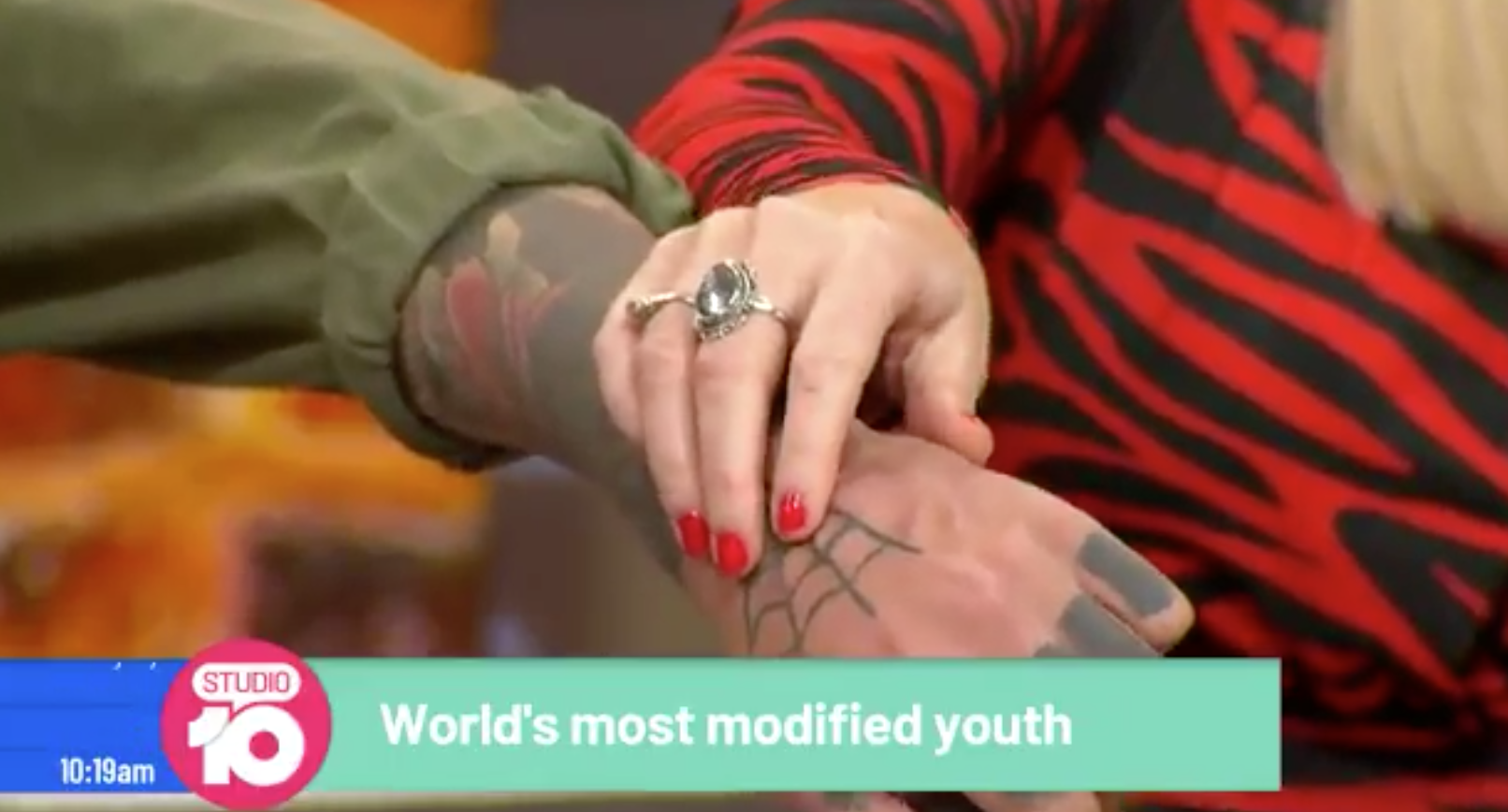 “I have always enjoyed how it looks. Growing up I was interested in Aztec design like nose poles and then as I got older I realised, wow, you can get more intense stuff done…you can get all kinds of weird and wacky stuff done,” he told the panel.

But while he exudes this bold self-confidence on his Instagram, he admits that he gets crippled by what people might think.

“I have terrible social anxiety so when you are out in public and so many people are…asking questions and wanting to take photos with you and it can get a bit overwhelming and when it is an everyday occurrence, that’s when it can get a bit frustrating,” he said.

He said the tongue splitting modification was one of the most difficult purely because of the ramifications after the procedure. 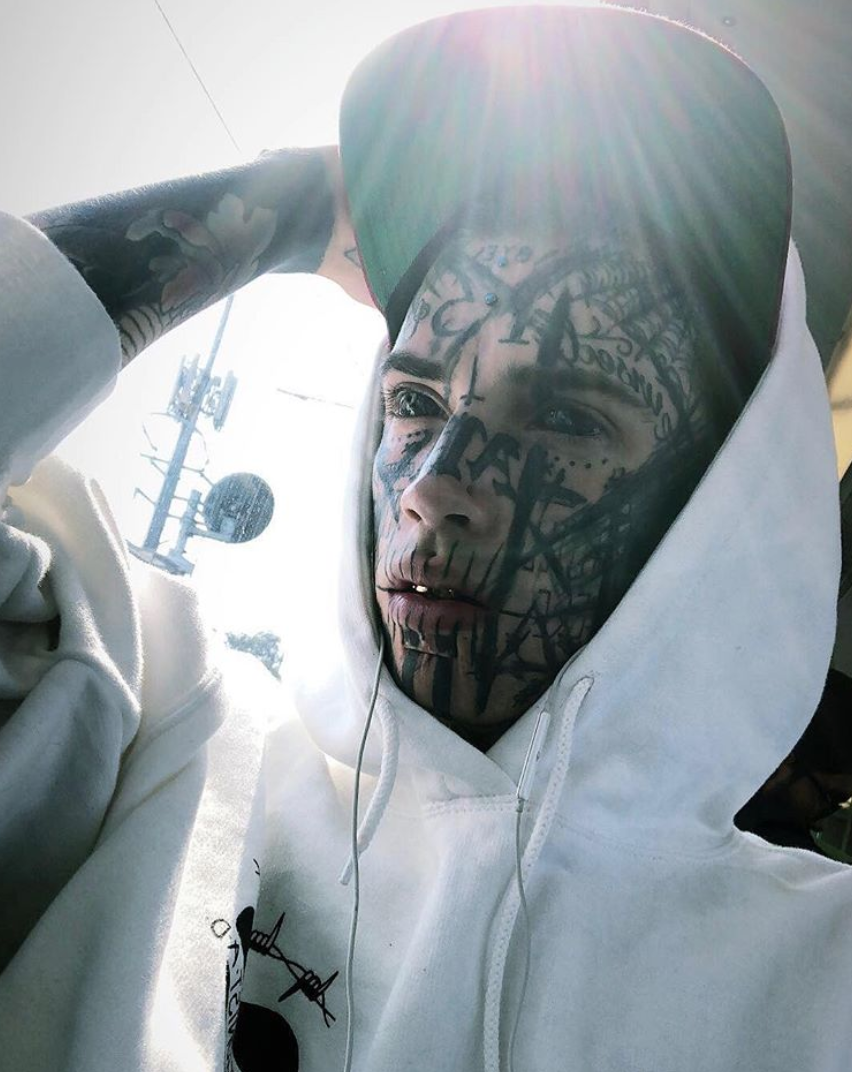 Ethan said he had to drink water from a syringe because he didn’t know how to control his new tongue.

“It excruciating when you’ve just had your tongue cut in half, then it [the anaesthetic] goes away and it all hits you at once,” he said.

The 22-year-old is a dad and naturally the hosts wanted to know what his thoughts were on whether he’d let his daughter do the same types of modifications as him.

He said: “Once she turns 18, she’s allowed to do whatever she likes. I might let her get her ears pierced earlier, but that’s it.”

Each to their own, we guess.