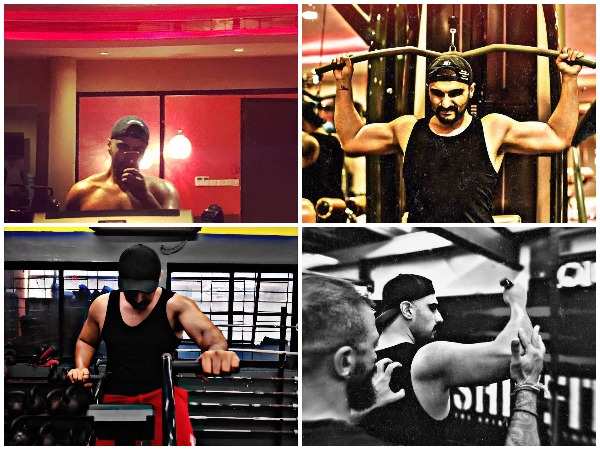 Arjun Kapoor has been spending a lot of time in the gym these days. His role in the Ashutosh Gowariker-directorial, Panipat, required him to buff up big time. A few months ago, the actor was first clicked with the handlebar moustache that he will be seen sporting in the film. Apparently, his hair has been cropped short for the role, which the actor tried to hide by wearing a cap. However, he has been posting pictures from his gym sessions, to keep his followers in the loop about his body transformation for his part as Sadashiv Rao Bhau. And his body transformation sure is impressive. His latest pictures show off a well-sculpted pair of shoulders. The caption read, “Lath-path, time for Panipat !!! Late night prep @shivohamofficial killing me slowly… #panipat. (sic)” Fans, especially the ladies, were happy to send the actor a lot of love through comments and emojis for his late-night workout.

Recently, when asked about hiding his look, Arjun said that his director wanted him to do so. He went on to add that Neeta Lulla has designed his costumes for the period drama, and it would only be right to present the character in the correct manner on the big screen. The movie will see him sharing screen space with Sanjay Dutt. Around 60 per cent of the film is complete. Arjun is confident that the shooting will be wrapped up within the next two months, while his look is likely to be revealed by the end of 2019.